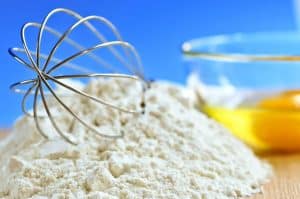 Last night I met my girlfriend for our usual Wednesday night drinks. However, this time, she brought her friend who I’ll refer to as “the Baker”. The Baker wanted to get to know me better in her search for a life coach. Unbeknownst to us, she was about to get a visit.
Early in the evening, I told the Baker she was a healer, particularly of animals. If anyone knows me, I’m not a huge advocate of telling everyone their gifts, but sometimes spirit just guides the words right out of my mouth! She eagerly agreed that she was a healer.
As the night progressed, I asked her what the special meaning of her ring was. She was wearing 3 of them, but I pointed to a specific ring. She said that it was very special as a woman who “was like a mom” made it for her. I then acknowledged her necklace, which was a stunning turquoise colored stone. That too made her smile because that one was given by her grandmother.That’s when grandma paid us a visit from the other side.
I said, why does she keeping showing me a whisk? Not a beater, but it was an old fashioned whisk. The baker said that she and her grandma would bake together all of the time, and that she would only hand whisk all of the recipes. I then asked, “what is the special recipe”? She validated by saying it was a cookie recipe. I told her that grandma would like some of those cookies soon and that she’ll be with her in the kitchen, to look at the eggs in the bowl when she whisks them as the sign will be there to confirm what I said.
I asked her Grandma’s name. She said “Francis”. I replied…”hmmm…wow, I thought it started with an M…like a Mary or something”. The Baker then looked surprised and said “Her middle name was Maryam and that is the name she went by”! Oh my…….
I asked her what is with the numbers 7 & 13 in her life? How are they significant to her family? She said 7 is the age she was when her Mother and Stepfather married. Thirteen was the age when the marital troubles started and the family separation had begun. I said what is it with the “butterfly”. Well, I thought the Baker might just fall off the bar seat. Butterfly was her Mom she said. Then I thought I just might fall off that bar seat!
Another patron was eavesdropping on our conversation so decided it was an opportune time to chime in. She clearly had abilities as well, but had chosen to lock them away somewhere deep inside of her, but as spirit would have it….doesn’t really appreciate being given a time out and like any restless child, will rebel.She had been talking about a great Aunt who was incredibly gifted and did that for work. She had since passed and the patron never had met her, but I said “she is with you”. She said I doubt thought. I then said “who is rose, or what is it with roses?” I always love the look of awe and surprise one gives when something unimaginable and almost inconceivable fly’s out of my mouth….patron responded. That’s our family name Rosias.