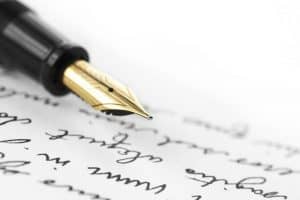 He is a gifted writer who became lost climbing a corporate ladder that he didn’t even want to be a part of anymore. He was unable to release from the rung so his guides stepped in and stepped on his fingers forcing him to release his grip. The fall left him confused, nervous, and unable to get up and find direction. That’s when he came for his rebel reading. I let him know that he was truly has a talent that he is to use, to share and to earn a living from. He is to write what he knows, express what he doesn’t and be brave enough to know the difference.I helped him see that he doesn’t need the approval of others to feel good about what he is doing nor does he need it as confirmation that he is on the “write” path. His soul is telling him loud and clear what the next step is to be for him.I guided him to find a job that will “pay” the bills, use his body and connect to people who are more like-minded. Then his mind will be at ease and his soul will take over and guide his hand to write the most moving and incredible words that have been caged inside of him for much too long. Through fear we hide, we remove ourselves, we “go with the flow” because that’s what society tells us to do, but I told Writer…to move beyond the fear…Go. Write. And he did. That night and each day thereafter.