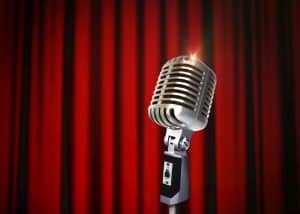 The Performer-A triple threat. She has it all from the voice, to the talent… to the look. Then what’s holding her back? Where’s the level of success she deserves? Through the reading it was discovered and uncovered her own fear of not wanting to make others feel “bad”, less fortunate or that she had a “chip” on her shoulder. She was worried about what others might think of her success. Others opinions? Her own fear had become such a debilitating factor in her career that she had no career. She had once tasted success and had managed to push it away. Like the scorn lover who cannot allow their heart to love again. I could see her new look, she needed to darken her hair, grow the bob, sharpen the image, own herself and allow the powerhouse she was on the inside to show herself on the outside. To express herself naturally and without hesitation or limitation. To be free and open and allowing the presence of spirit to guide her in her choices. Ahhh…her mother wants to visit. Such a kind woman. Came up behind her and wrapped her arms around her, said “my baby girl”. “That’s what she always called me”-said the performer. The mother is showing me the illness, the drawn out sickness sucking the life from her being. The performer taking care of her, denying, resisting, bargaining-the classic 5 stages of grief in the works. I see the performer looking for cures in books, but what the performer failed to see was this lesson was about release not remission. The performer has a show to prepare for-wants visions-ideas. The mother is now excited! She wants a part in it. Showing the details and the music. What song is to be played for the performance? “I will always love you” by Whitney Houston. “That’s my favorite Whitney song!” exclaims the performer. Well, then perfect. The performance should should be simple, with the symbol of the mother in all black sitting on a stool while the performer dances around struggling to let go, release, holding on, resisting, resenting, the anger, angst, hurt all in one performance. Then the acceptance. Now…this is art imitating life. The performer is on a path of accepting her own gifts and giving back in a way that doesn’t hold her back from her potential because she is…after all…a triple threat.