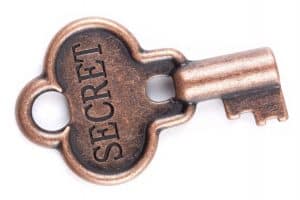 It started slowly. Simply. She didn’t know his dirty little secret. She reached his soul like no other. She could see right through him, like a glass of water.That both filled him with excitement and fear. He didn’t know where to turn or how to turn away. They communicated via email while he was away for a family funeral. Grief. He had so much grief and loss in his life. So much death surrounded him. He met her and felt alive again, felt whole, felt like she could see his soul-because she could. They had a connection. No doubt. I could see a ring. A proposal. A fiancee. Oh, yes, he had a commitment alright. Did he not think I wouldn’t pick up on it? On the other woman? On the secret? Silly boy. I could see his struggle. His pain. His guilt. His conscience spinning out of control. I could see he had two paths to take. One ended in divorce. The other…in spending the rest of his life with his soul mate. Then I could see the 9 year old girl around him. Always around him. Did he have a daughter? Nope. He had a cousin who had been his best friend that he lost many many years ago tragically. The pain he carries for her loss. The inability to accept. The dreams she visits him in. The messages she tries to convey. Yup, that was the angel surrounding him. She was so energetic. Sweet. Kind. An Angel indeed. She showed me them playing as children. She told me she liked the new girl. She liked that he was listening to his inner compass. But no, he wouldn’t listen to that inner compass after all. He refused to allow himself such happiness especially if it meant making a difficult decision. He didn’t deserve happiness his inner belief system convinced him. Especially if it meant leaving his box of fear. So much easier that way. Just pull the covers over. It will go away. She will go away. Forever. You can give the soul the lesson. Doesn’t mean they will listen to it. Easy enough. Enough said.