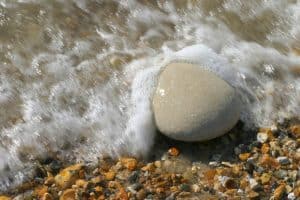 An unexpected visit from an unexpected source. The pictures and messages came in rapid fire. I could see the lake, the pride, the name on the sign. His name. I could see the love he had for his sons. Brady Bunch. Brady Bunch? That represented the 3 step boys. 6 boys in total. That’s a mighty team for any proud Father. I could see the sickness. I could feel the sickness. I’m going to vomit. Cancer. Tubes. Machines. Death. Long and drawn out. I could see the stories being told, the love being expressed and the surrendering to Spirit. The crossing over. From over the bed. So nice of him to show me the crossing. I could see that he loved his stepson so very much, like his own. I could see the quiet moments they shared. I could see the son telling him it was OK to release. I could feel the love. I could now see the beautiful cabin. This is where his ashes were spread. He loved that. His soul soars throughout the greenery every morning. He wants me to tell his son that he loves him. That he’s proud of him. That he appreciated him being there for him. He was always the rock of the boys. The one who would be by your side in times of need. The one who won’t let go first. He’s the son you can trust. With your life. His messages were to say “thank you”. Thank you for taking caring of him. Thank you for giving him dignity when it seemed like an inconceivable concept considering the situation. In his words he said “I like my name still on the cabin. I like that my family enjoys it. I built it to share and now I share it with them. My spirit is around. When you hear the whisper in the wind, the rustling of a leaf, the crash of a wave. That is me…checking in and letting you know that I am there. As you were once for me, I will now be the Rock for you.”